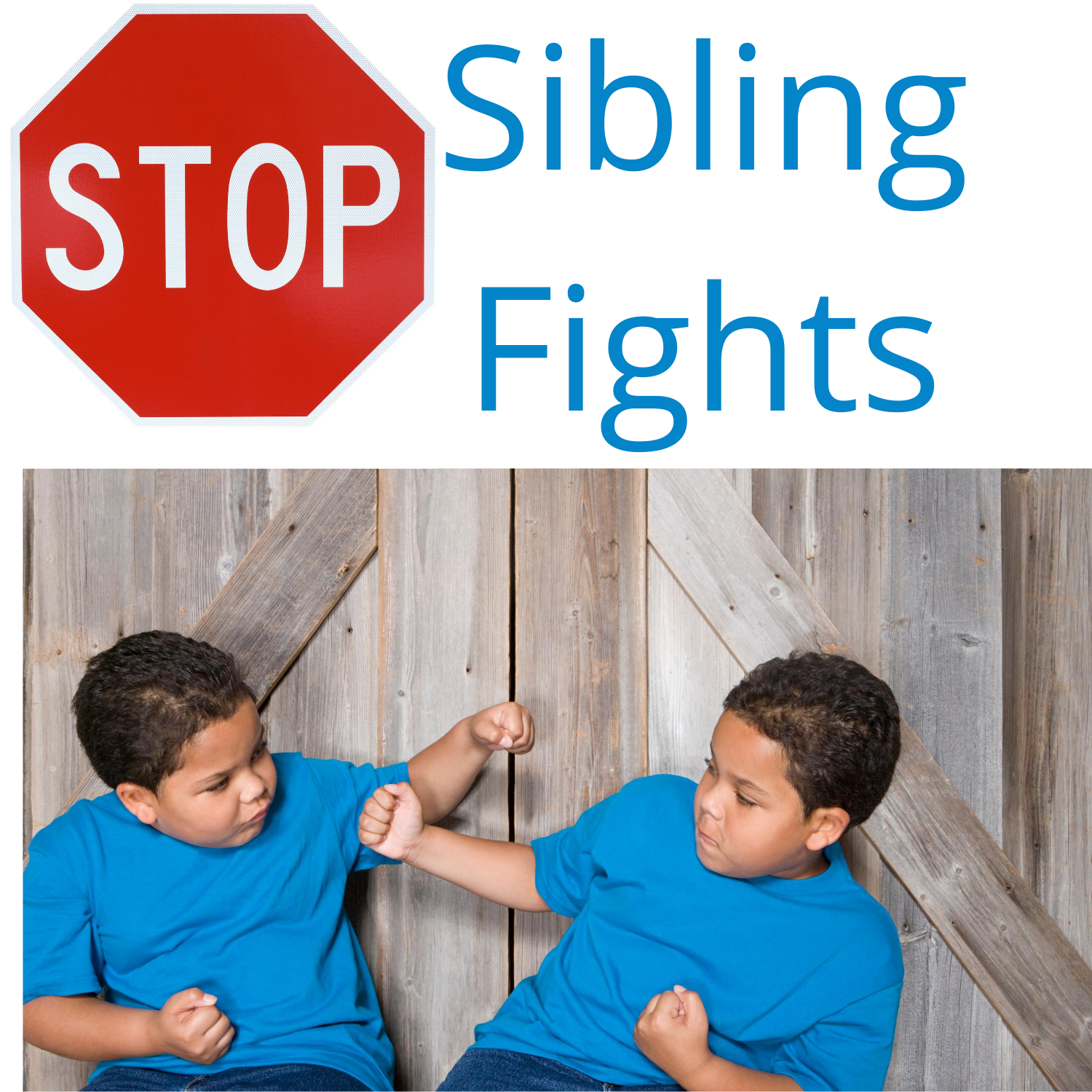 Arguments, bickering, and siblings fights are found in every home, or at least in most homes. They are more than enough to steal the peace of your home. How do we Stop Sibling Fighting its an unanswered question most parents have.

It looks like they are a must happen, that there is no way of escape.

They are ancient, if you are a bible reader do you remember Cain and Abel? how about Joseph and his brothers?

Is it even possible to stop them? What causes them? How can they be avoided? These are subsequent, relevant questions parents are asking.

In this article, we will look at what causes siblings fights, ways to prevent them, and ways to resolve them,.

Should I be worried about the impact beyond the incident

Most of what we call siblings rivalry is really innocent, it is not embedded upon some malicious deeply rooted bitterness, hence most of the time they can easily reconcile within a few minutes and get along

However, if parents notice attitudes and behaviors that suggest that the fighting is not incidental but there are some underlying issues it is advised that they seek professional intervention to resolve this situation that can negatively affect the kids to their adult years.

How parents handle or intervene during these fights can be a possible cause of long term negative effects. For example if the intervention always or most of the time favors one child over the next, The feelings of being less preferred by the parent can remain with the child to his adulthood.

One grievous mistake that we do as parents, especially when we respond or react without a proper understanding of what is happening and why it’s happening, is to put the entire blame of the conflict upon the older sibling. He is always expected to know better and respond better and differently.

The same mistake has a tendency of duplicating itself when the conflict is between a girl and a boy almost of the same age, in this context most of the time the boy child carries the blame.

And this is what parents should avoid at all costs.

What are the causes of Siblings Rivalry? Until the second child arrives there is no conflict. The 1st born child has enjoyed the whole of daddy and mommy’s attention. At the arrival of the younger sibling, he now must share the attention, and it happens by default that the new arrival gets at least 70% of the attention. It is at this time that the older one feels the need to arise and protect his territory.

I still remember the look on my son’s face, when he came to visit me at the hospital after the birth of his twin sisters, he was 2+ years at the time. He stared at them with disbelief for few minutes, It looked like he was saying couldn’t you at least bring one? Did you have to bring two? Where is my space on your laps?

I have observed them over the years sometimes fighting to speak to me the three of them all at once, with one wanting to impress me more than others.

The three innocent beings found themselves in an attention  competition that no one prepared them for.

My son as he gets older confessed that at one point he pretended to be sick for attention’s sake. That is how much it is important to them, they can do anything, consciously or unconsciously including being mean, loud, and argumentative just to get the attention they need.

Conflict resolution as the subtitle suggests, is a skill and the skill needs to be developed and developing the skill is a process, that normally takes time to get right and to perfect. The reason kids fight frequently than most adults is that they have not developed the necessary conflict resolution skill, hence an adult can easily resolve what looked like a mountain them. It’s not like there were options laid out before them on how to deal with the current situation and somehow fighting looked like an appealing option.

Most times it is about going after what they want at whatever cost.  This article Claiming your brain during the conflict from the Havard Business Review.shares more light of what actually happens to the brain during a conflict. This will help you understand that most of what they are going through during the conflict moment is beyond their them mainly because of age and because they have not developed the necessary skill to navigate such moments.

‘During conflict, the part of our brain ‘amygdala’ associated with emotional processing gets hijacked. Not only that the neural pathway to our prefrontal cortex gets shut, so we can become disoriented in a heated conversation. Complex decision-making disappears, as does our access to multiple perspectives. As our attention narrows, we find ourselves trapped in the one perspective that makes us feel the safest: “I’m right and you’re wrong’.

In the throes of the amygdala hijack, we can’t choose how we want to react because the old protective mechanism in the nervous system does it for us — even before we glimpse that there could be a choice. It is ridiculous’

Conflict resolution should be Intentionally taught, modeled, and practiced.

3. Because Fighting is Modeled as a form of Conflict Resolution. Modeling remains the best form of teaching. Kids will unconsciously absorb their parent’s way of conflict resolution, This will be done as kids observe how their parent’s daily resolve conflicts between themselves, and between other people.

The most apparent and clear one will be how conflicts between parents and kids get resolved. If you always scream, smack and push them, if you don’t hear them out, if you never acknowledge when you are wrong and apologize you should never expect it from them.

It’s usually said that  prevention is better than cure.

So the best way to deal with sibling rivalry is to prevent it and the big question is how?

Observe and become aware of what they normally fight for or fight about. Then put a proactive measure in place to prevent the next fight.

For example, if they normally fight for a particular toy, is there a possibility of you getting an extra toy, if not, put a fun simple system in place concerning the use of that toy. If they simultaneously want the same thing, they can resort to flipping the coin or playing rock, paper. Ceasar to decide who gets it first.

Whatever it is ,it can be minimized, by proper attention, diagnosis, negotiations, and discussions.

2. Together decide on ‘ The How to Maintain the Peace of the Family’

The gospel of peace should be constantly preached, Peace should be the ultimate goal and every member of the family should be  an active participants in the attainment of this goal.

Engage them, check their understanding of this goal, ask – what can be their individual role in achieving the goal? ( right time to get them to commit).

Engage them further- You can ask questions like according to your observation what normally steals the peace of our home and how can we avoid that. ( Let them come up with suggestions, you just add subtly and hold them accountable).

Part of preventing the worst of conflicts is to acknowledge and make them aware that disagreements will always be there, not because the next person is a monster but because they are two different individuals, they will sometimes perceive things differently and That’s Ok. Empower them to perceive such moments right from the beginning, to be aware of a conversation that is about to turn into a hitted argument and what to do e.g walk away, squeeze something, utter a calming mantra, count backward from 100 or take a deep breath before acting or uttering the next word

Teach them that disagreements don’t have to be accompanied by anger and all negative emotions but they can be handled calmly.

4. Help them establish a solid relationship even have each other’s interest at heart.

Siblings relationships are challenged during this digital era because family members both adults and kids spent much time with their gadgets than with each other.

It is every parent’s heart desire that his/her children create a strong love bond. Endeavor to frequently come with activities that can build and develop this bond.

How to Resolve Fights

When you find your kids fighting

4. Steer them towards a possible solution but don’t impose, allow them to thing and come up with a way forward.

5.Make them aware that,if you were to come up with a verdict it might be unfavorable to both of the.

6.Facilitate this, with the best of your cool, calm and collected self. Breathe! the house is not on fire.

The presence of conflict is not entirely negative and the absence of conflict might not mean that all is well. As we desire to build rivalry free homes, we should also be conscious of creating an environment within our homes where every child’s voice will be fully heard.

The peace of the home should never come at the cost of a child ‘s voice. It must never be that he is quite  and peaceful because he has given up on being heard thus he just let things be.This is a man we are sending out into the world, into board rooms , to be someone’s spouse ,father and leader. If he gets conditioned to not being heard we have silenced him for a lifetime. Check my article on raising boys to be Incredible Men.

In handling conflicts, it  should  be clear to everyone that as much as there are rules and expectations, situations might not be handled the same always,  even if they look the same.

There will always be finer distinctions within different circumstances, sometimes we might ask another sibling to let go of a toy or a particular privilege because maybe the other child is not feeling well this time around.